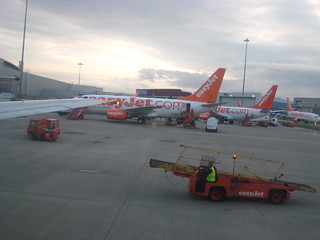 This was the headline in the Express the today.  It talks about something we’ve said time and time again that you should:

The Express investigation found that the rates varied significantly between airports; the mark-up was sometimes greater than 25% and that finally the most shocking part that MoneyCorp at Southampton airport was offering £1/US$1 – compared with the best online rates at the time of $1.24.